The name of this method is Relaxsense body therapy. the meaning of the name is “relax” and “sense”. And the meaning of “re” is again. For example “re”born and “re”birth.

It is a therapy that reminds you of the relaxed feelings you had when you were a baby. 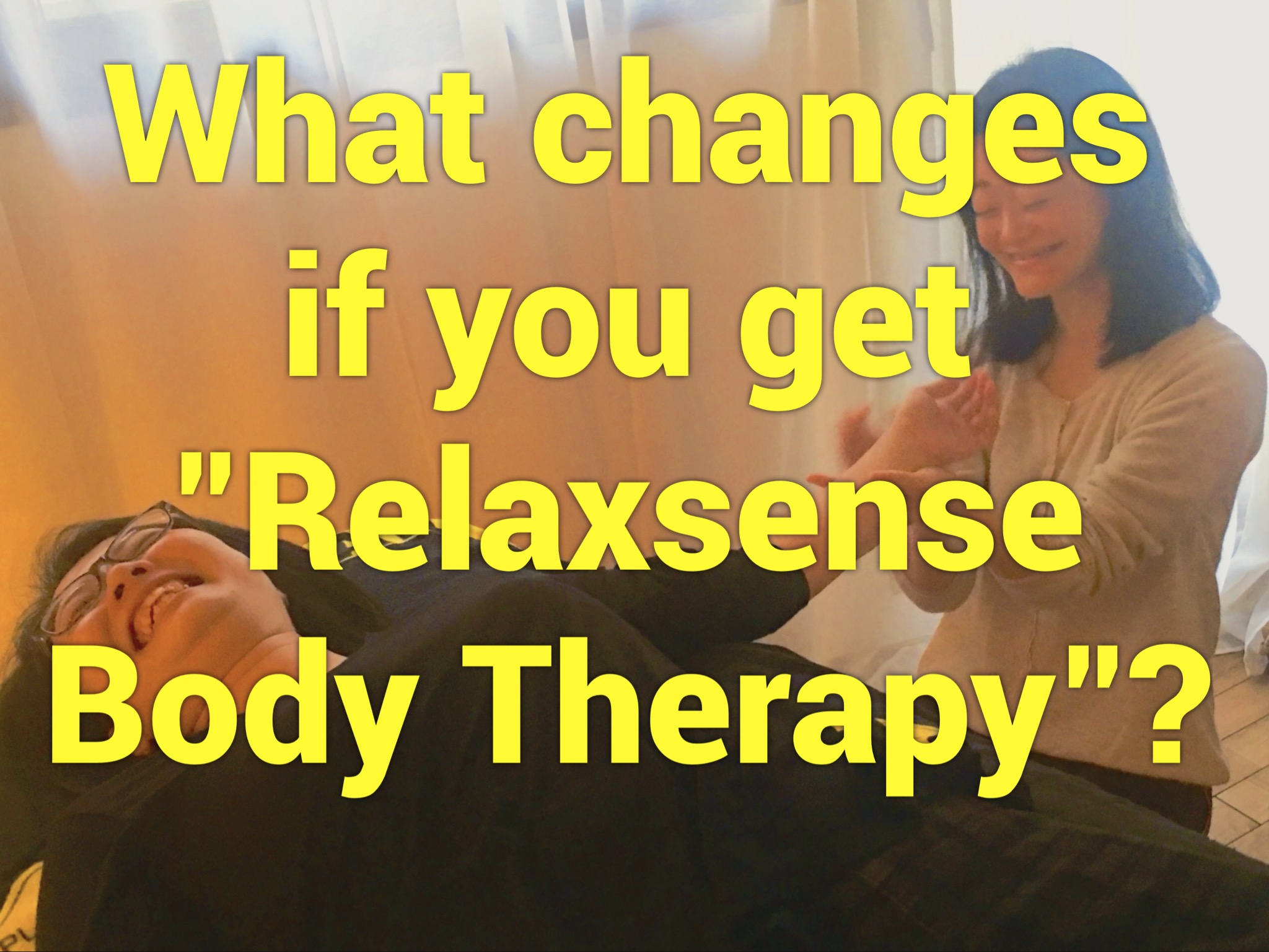 "Relaxsense body therapy" is a different approach than general massage and physiotherapy.

It doesn't have to use strong force. The unique soft touch causes the body's unconscious reaction. This will deeply relax your muscles. At the same time, your muscle contraction power will improve without training. In addition, the interlocking of muscles during exercise is also enhanced.

This will improve the performance of athletes in competition and contribute to building a body that is less likely to get injured.

This therapy can resolve your body problems naturally.And it is possible to solve mental problems too. 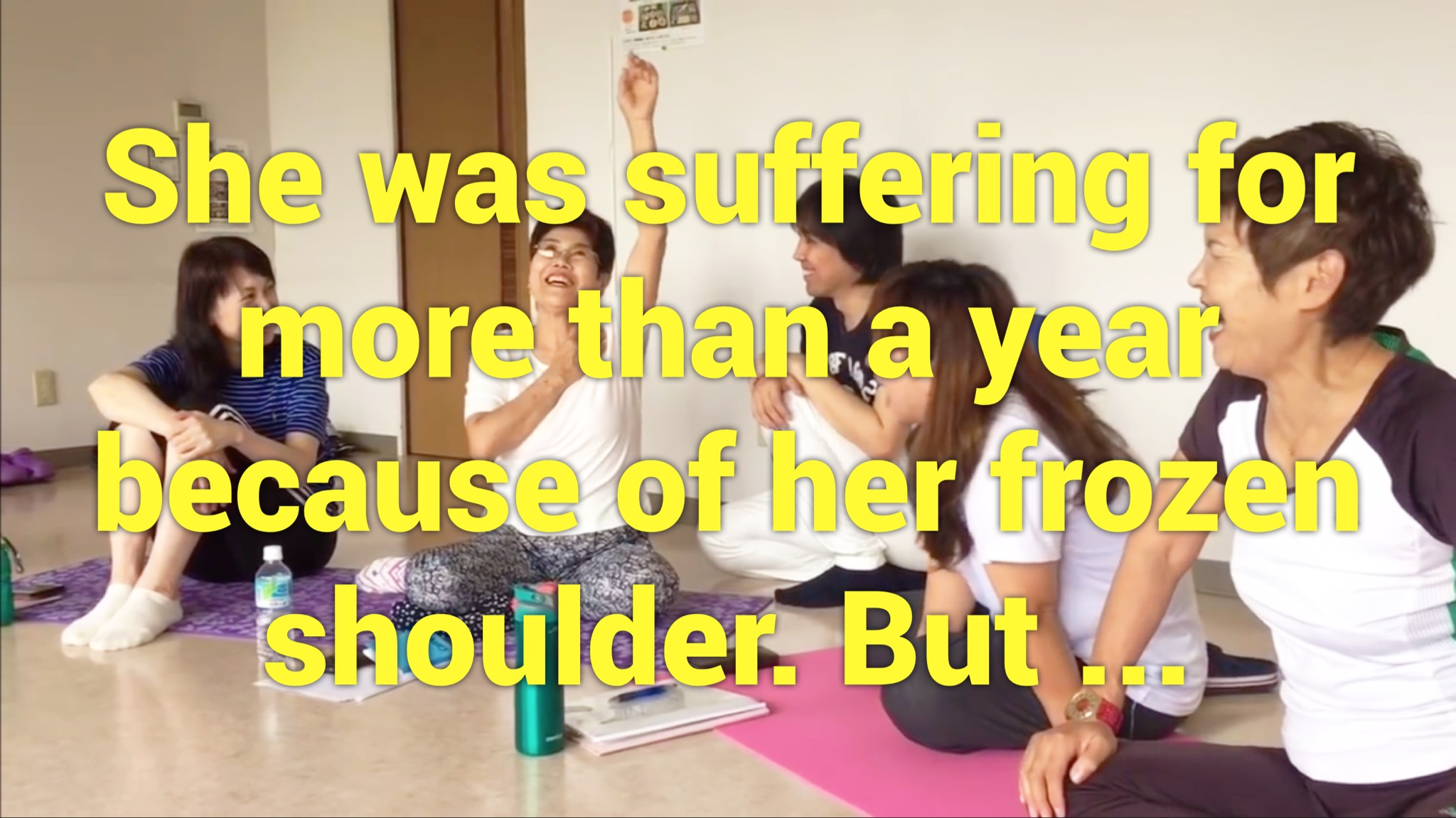 She was suffering for more than a year because of her frozen shoulder. But…

She has been suffering more than a year for her frozen shoulder. However she could move to up her arm without pain. And it was only 5 minutes ...
She was very surprised and kept asking ‘WHY?’

Her neck and shoulder muscles were very stiff. That's why she was in trouble moving her arms. But…

After She gat this therapy for only a few minutes, her arm’s range of motion became wider and move smooth. Even her shoulder blades and clavicle became able to move in conjunction. And she was very surprised and delighted.

After his surgery on his knees, his left knee stiffened and stuck for years. But…

After he gat this therapy, his legs began to move unconsciously. And he loosened up tight muscles himself.
And, the skin which did not move at all moved flexibly, and he became able to move the left knee without a pain. 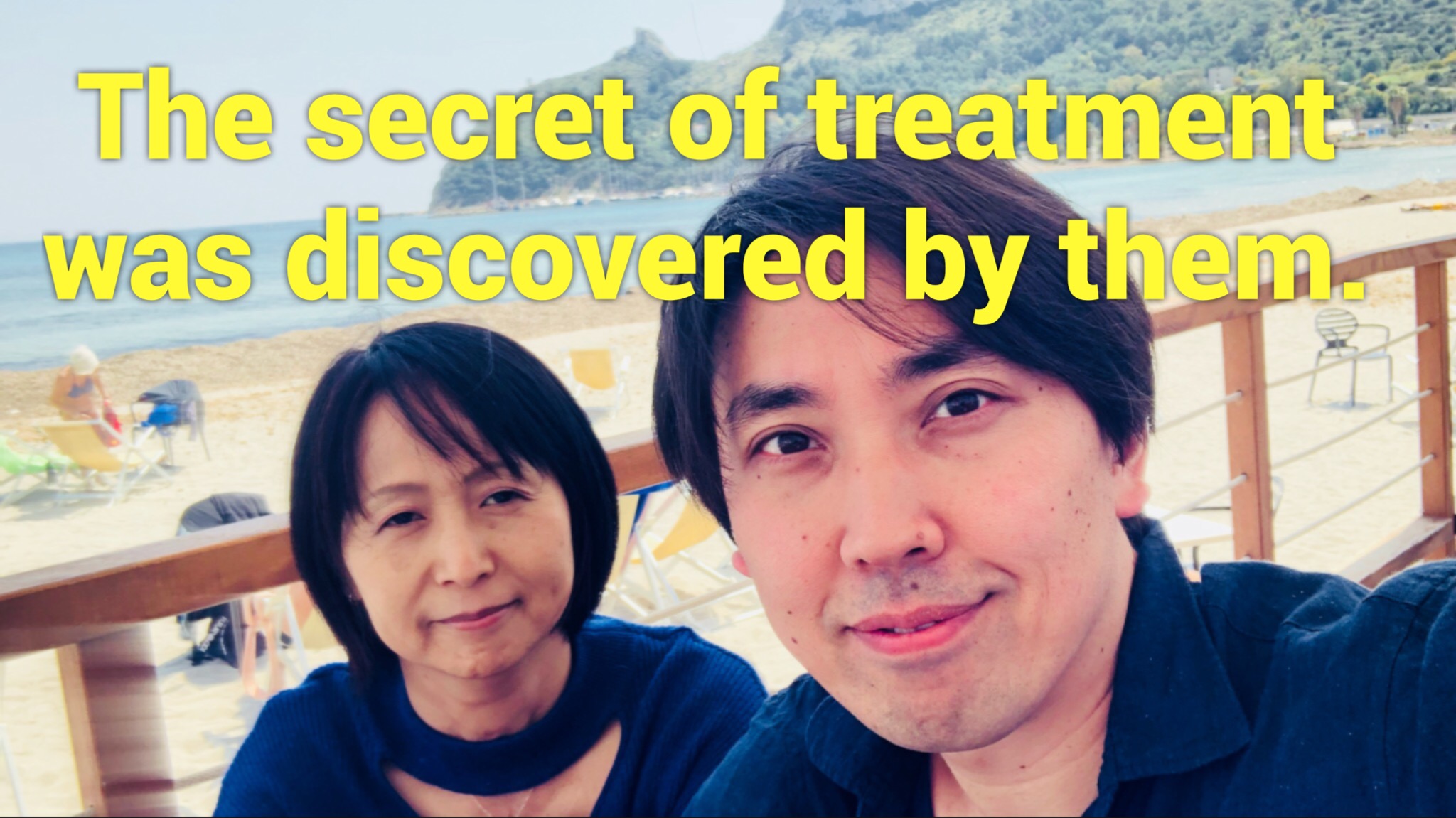 The secret of treatment was discovered by them.

This method was born in Japan in 2006. Two Japanese people made it.

One person is Tatsuyuki Kumakura and the other is Toshiko Kumakura.

Tatsuyuki Kumakura was interested in the structure of the body, learned chiropractic, and then taught it at school.

Toshiko Kumakura is interested in psychology and philosophy, learned many therapies. And she was also interested in the body and went to school for chiropractic.

They met there, got married, and had their therapy room.

Initially, they were trying to impose on their clients the correct answers they had learned. They believed it was for their clients.

But that was a mistake. They noticed that the client's body has the best correct answer.

After that, they abandoned the method that just followed the manual they learned and construct a new way to seek answers from the bodies of others.

That is “Relaxsense Body Therapy”.

And… they founded the Relaxsense Body Therapy Association.

they have taught this therapy all over Japan and in Italy, Spain, Brazil, Indonesia and Taiwan. Over 2000 people have learned “Relaxsense Body Therapy”.